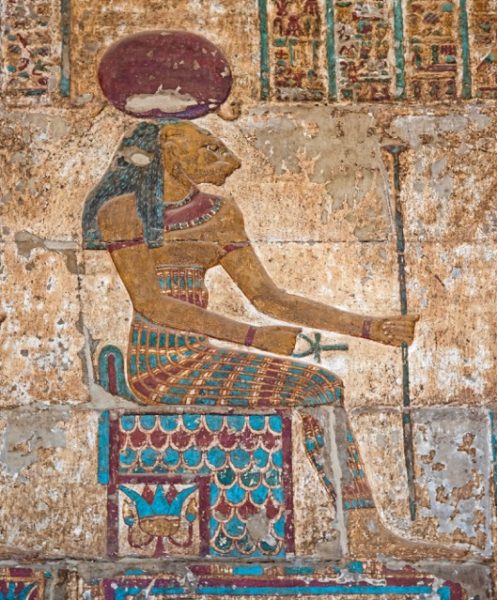 This text was given by the Egyptian goddess Sekhmet, who is part of the Council of Elders. Her name means ‘the one who is powerful’ and she was usually depicted in the form of a lion-headed deity in the ancient Egypt. Much has been written about her. Here she gives us a very brief introduction to herself and how she is still relevant to us in our times. Her other messages can be found here.

I represent female power, or power with a female face. It is no different from male power – power is power – but to humans, because of the social constructs and ideas, it can be helpful to have power represented in male and female figures or icons. I am an example of power in a female expression or form. I was worshipped in Egypt. Now is a good time to embrace female power again.

First and foremost I represent an essence, an idea, that can inspire women to welcome and love their own power – the power to create, to influence, to spread good things in the world. At the same time that essence or idea can also light a spark in men and inspire in them a love for female power, for welcoming power in women. But it can also inspire an exploration in themselves of their own female power. It is time for society to evolve its idea of male power. Men also have a female aspect in them and why can this not be powerful? There is a misjudged perception that the feminine aspect of men is not powerful. This is incorrect. Power has nothing to do with gender. Power is power. It is time to re-balance this, so I am stepping forward now to highlight this issue. By showing humans an example of power in female form I wish to inspire as many as possible to re-think what power is and the ideas and constructs of society that involve gender and power, or gender-dependent expressions of power.

© Happy Earthling and Theresa Dahl, 2014-2020. Unauthorized use and/or duplication of this material without written permission from this site’s author and owner is prohibited. Short excerpts and links may be used, provided that full and clear credit is given to www.happy-earthling.org with appropriate and specific direction to the original content.